"We carry patriotism in our chests from birth, right here in the heart. From time to time, it pulsates more strongly and can only be seen concretely through our actions for the country. If we stop just talking, patriotism remains the odorless rose ”- PP & IL Stelian Nistor, 33°, GC

On the occasion of the National Day of Romania, the Sovereign Grand Commander of the Ancient and Accepted Scottish Rite of Romania, His Almighty and Illustrious Brother Stelian Nistor, 33°, Acting Vice President of Conference of Sovereign Grand Commanders of Europe and Associated Countries, spoke for Fanatik, about the involvement of some Masons, and not of Freemasonry, as an organization, in the fulfillment of the Great Union of 1918:
The question of involvement is misleading, because it can lead to a misconception about two institutions operating in the space we call "Romania" today. Why is it misleading? Because Freemasonry, as an institution, does not do politics. Some Freemasons, yes, do… No Freemasonry rules the world, but some Freemasons, yes… ”

"The Artisans of the Union: The Peasant - Soldier, the "English" Queen Mary and Mason Vaida Voevod, arrived at the negotiating table!”- was the main thesis of the interview, supported and argued.

The Sovereign Grand Commander reminded about the lodge "My Country - Number 1918", affiliated to the Grand National Lodge of Romania, born from "the need to drain energies of good Masonic faith, which remained singular, and to gather them into a common crucible. «My country» it is a phrase that is no longer used… and each of us should think and feel like this about Romania, as my Country!”

The World Conference on Ancient and Accepted Scottish Rite was also mentioned, which will take place in Bucharest in 2025, an event of utmost importance, both for Romanian Freemasonry and for the country in general.

Returning to the anniversary: "I consider that, on 1 December 1918, what had happened to Bukovina on 28 November was in fact consecrated. My country has united with my country to make our country”- concluded the Sovereign Grand Commander of the Ancient and Accepted Scottish Rite of Romania, His Almighty and Illustrious Brother Stelian Nistor, 33 ° 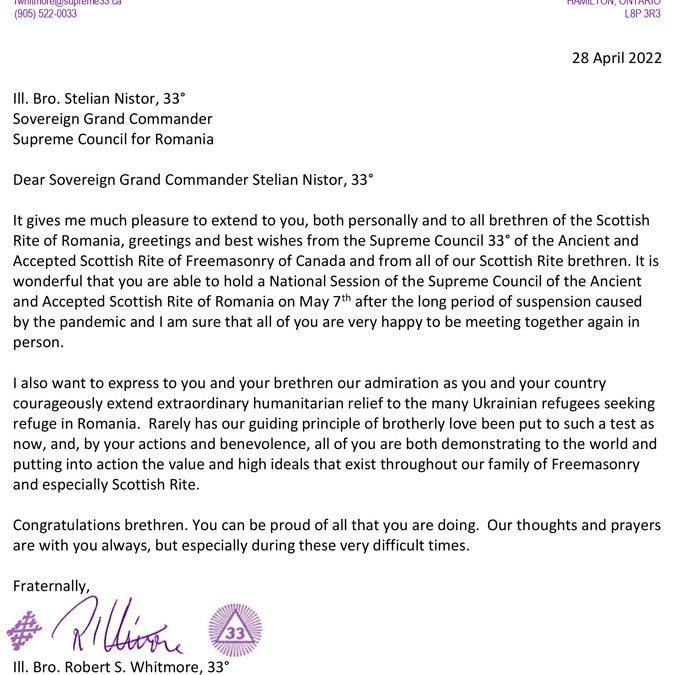 The 33rd Supreme Council of the Ancient and Accepted Scottish Rite of Freemasonry in Canada, by its most authoritative voice, that of Il. Fr. Robert ... 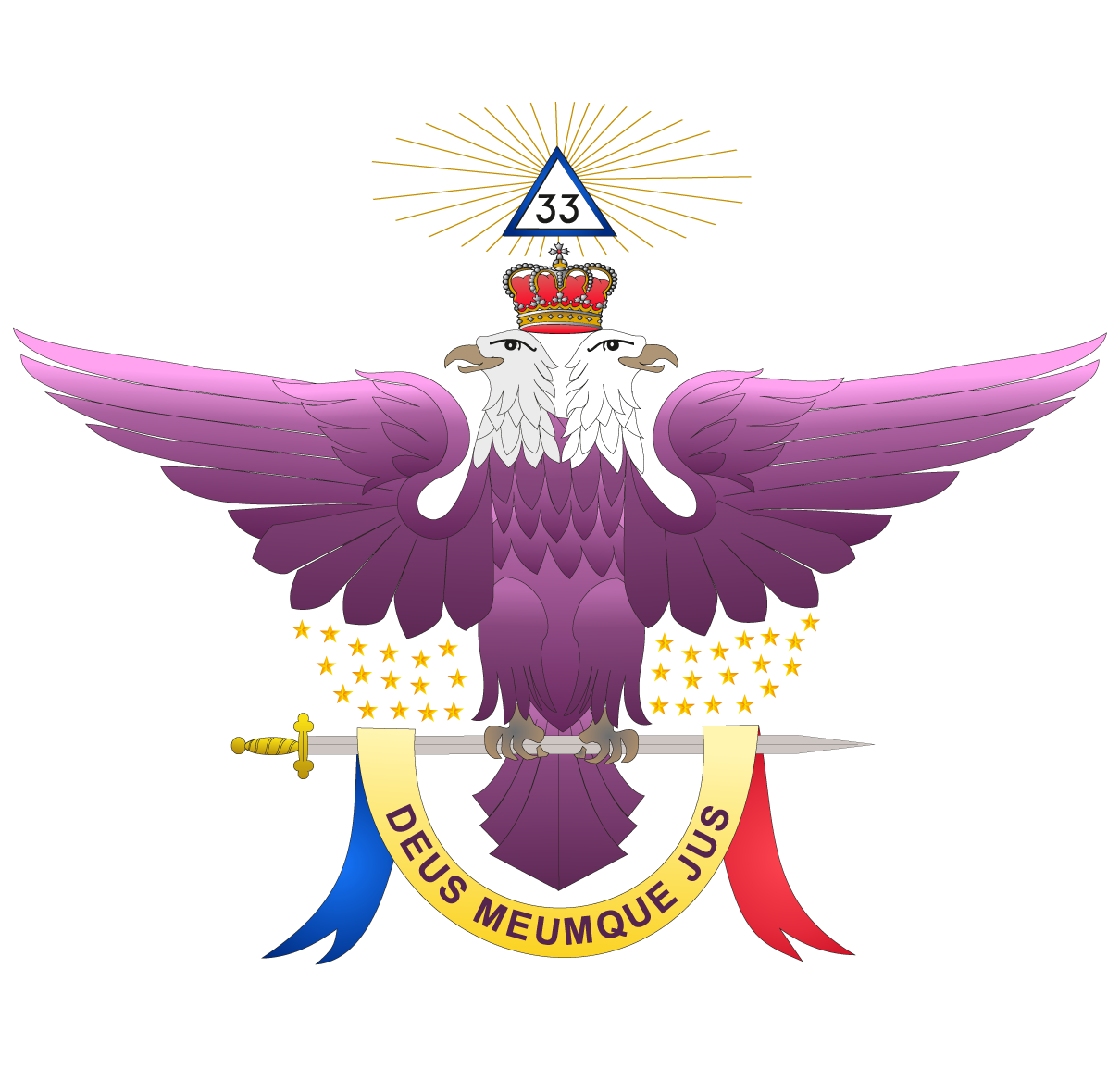 The message of the Sovereign Grand Commander of Easter, 2022

As every year, the Sovereign Grand Commander of the Ancient and Accepted Scottish Rite of Romania, His Almighty and Illustrious Brother Stelian Nistor, 33 ° a ... 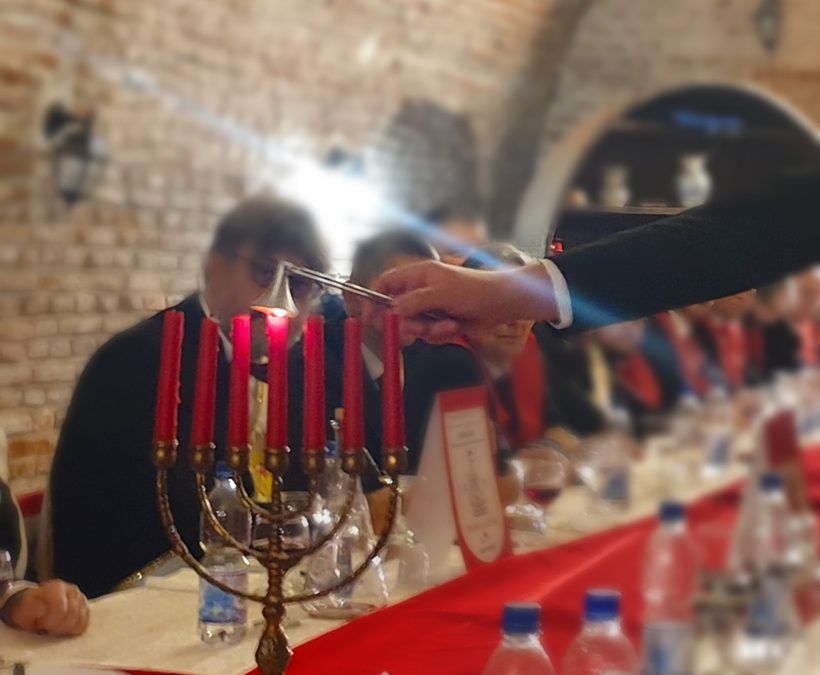 "Mystical Supper" in the chapters of Rosa + Cruce

"The meetings on Holy Thursday are indispensable. A Knight of the Pink Cross, even if he is alone in one place, he must at least in Spirit, to ...